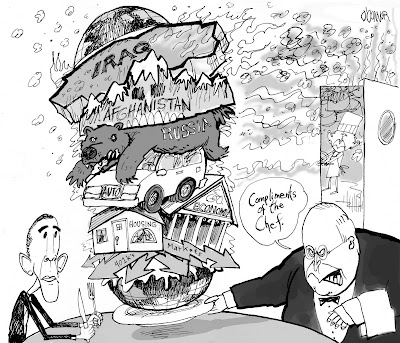 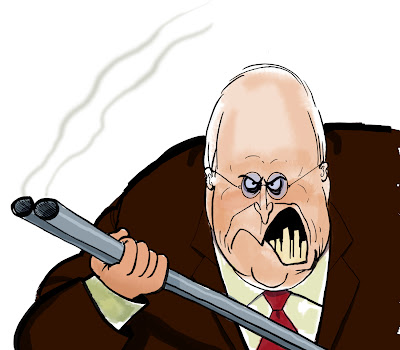 MR. LEHRER: Okay, okay. Why do you believe that the public approval, at least measured by the polls and other things, is so low – in your case, almost historically low?

VICE PRES. CHENEY: Have you checked it recently? I don’t know what it is.

MR. LEHRER: I have, I have. The – in terms of history, polling goes on 70 years. The only vice president that’s ever had a lower approval rating is Dan Quayle.

Can you believe that? Cheney is more popular than Quayle?!!!! Clearly something is horribly wrong with this world. If you want some more Dick you can read the transcript from the here.
Posted by Patrick O'Connor at 8:49 PM No comments:

Email ThisBlogThis!Share to TwitterShare to FacebookShare to Pinterest
Labels: THE WORST VICE PRESIDENT EVER 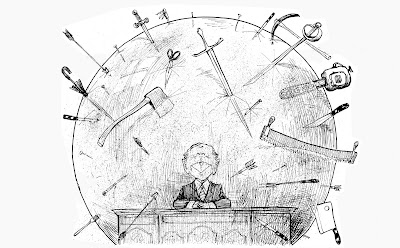 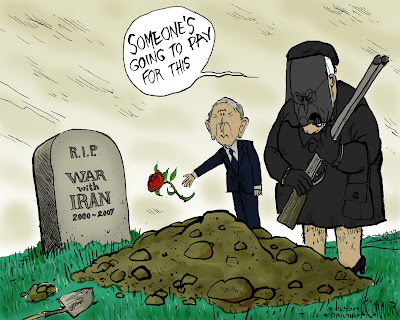 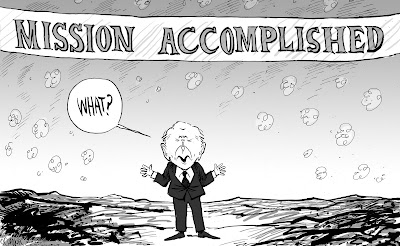 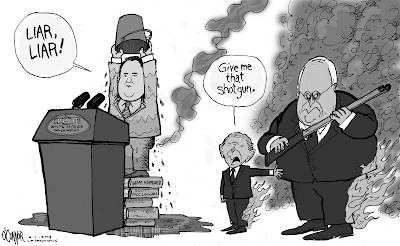 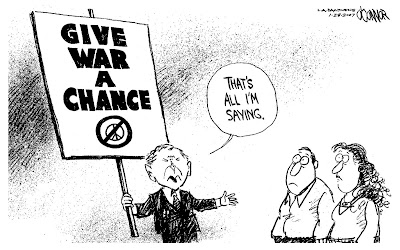 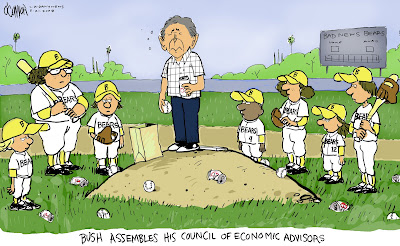 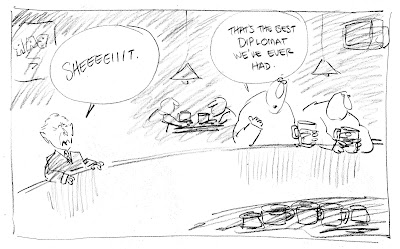 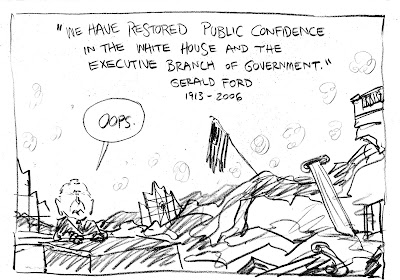 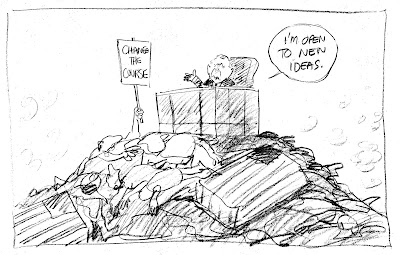 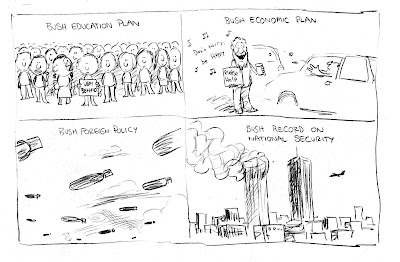 Because we the people of these United States suffer from a uniquely American case of amnesia, George W. Bush and his cronies will all be but a faded memory in a matter of months. Memories of a political time so rotten, so insipid, so filled with emptiness--they must purged from our collective mind. Yet, their policies of greed, torture, corruption and imperial ambition will endure for generations. The destruction they have wrought all across the globe and at home will not be so easily forgotten among those whose lives have been destroyed.

So, let’s celebrate their departure!!! Let us rise up and thank Providence that their reign of terror has ended. Send the Yellow Rose of Texas back to the dusty little Crawford town where he belongs! Send the greatest villain in American history back to his job at Halliburton! But mostly, let us say goodbye to the worst presidency ever to befall this great nation and let us vow to never, ever, let it happen again.
Posted by Patrick O'Connor at 11:33 AM 1 comment:

Email ThisBlogThis!Share to TwitterShare to FacebookShare to Pinterest
Labels: THE WORST PRESIDENT EVER 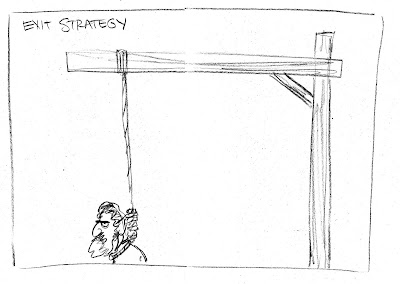 My exit interview has taken place at The Daily Cartoonist. Check it.
Posted by Patrick O'Connor at 6:57 PM 1 comment:

Email ThisBlogThis!Share to TwitterShare to FacebookShare to Pinterest
Labels: WHO WANTS TO PLAY HANGMAN? 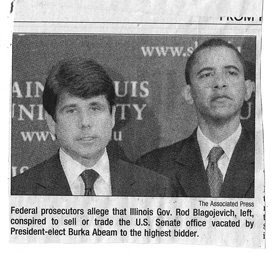 I could go on all day about the problems with newspapers, journalism and cartooning. This photo appeared in the Daily News a few weeks ago and to me the caption sums up what's wrong with newspapers today.


That's right folks, in less than a week the first black man ever to be elected president of these United States, BURKA HUSSIEN ABEAM will take the oath of office. And what a historic day it shall be! The Abeam presidency will spark confidence in troubled financial markets and shine the bright light of freedom on dark corners all around the globe!


Clearly, this is a case of Spell Check Gone Wild. The point is that there was no one to check this before it went to print. The entire chain of command has broken down at a newspaper when someone elected president has their name mangled so pathetically. "Abeam" is so far away from Obama...it's not even close. Not even the same neighborhood, ballpark or sleazy strip mall. And "Burka"....well, I'm sure we all love to hear the pleasant arabic sounding tones of that word. The quality of the newspaper product has suffered so severely that the damage is literally beyond repair.

Email ThisBlogThis!Share to TwitterShare to FacebookShare to Pinterest
Labels: THE 44TH PRESIDENT OF THESE UNITED STATE BURKA AMBEAM 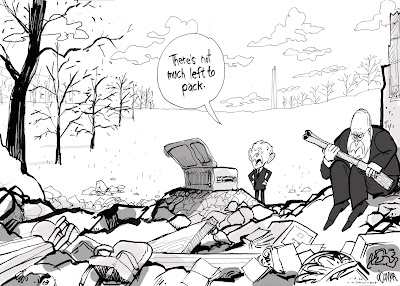 It was fitting, I thought, that this would be my last cartoon to appear in print for the Daily News. After eight horrendous years we finally bid farewell to the Bush/Cheney junta next week. They will leave office declaring themselves a total success, of course.


Subconsciously, I must have been drawing a self portrait here. Bush could be me, suitcase open, looking around wondering what to pack from the rubble. Like me, all the walls have crumbled, revealing the cold, wintery world outside. Perhaps the scowling Cheney in the corner is my own ego, wounded and bitter.

Posted by Patrick O'Connor at 9:51 AM No comments:

Email ThisBlogThis!Share to TwitterShare to FacebookShare to Pinterest
Labels: IT'S SO HARD TO SAY GOODBYE 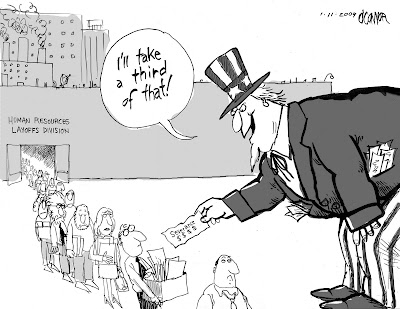 I was among many newsroom staffers laid off from my position at the LA Daily News on thursday. To be honest, I'm really surprised I lasted as long as I did. A staff editorial cartoonist is an expensive luxury in the small, feeble minds of corporate tightwads in newspaper front offices. After eight years of trouble-making The Suits decided they'd had enough.


All in all it was a good final day, I think. I said goodbye to the few newsroom staffers who are left at the paper and we had a nice lunch at the local pizza joint we've frequented over the years.


My trip to HR was uneventful. Got the forms in a sleek looking folder with Los Angeles Newspaper Group plastered on it. The woman who officially signed me out was nice enough. She had just returned from vacation. There was a stack of unemployment forms on her desk an inch thick. She gave me my severance check and I looked to see that the government had withheld nearly HALF in taxes. Uncle Sam always gets his. My portion probably paid for a toilet seat in Iraq or an hour massage for some pampered corporate executive with a big fat bailout.


Speaking of pampered corporate executives, it turns out Doug Hanes, the publisher of the Daily News, was laid off the day after I was. Finally! Someone who deserved it! After all he's done to destroy the newspaper I'm sure his severance package was a little better than mine.


After my trip to human resources I came upon the dumpy little man who has always wanted my head on a platter. He's one of The Dark Lords inside the company, reigning over his disintegrating fiefdom. "How are you doing?" he said as I walked by. "If there's anything I can do for you just let me know." If my hair and clothes were on fire and I was rolling on the floor screaming in pain and agony this guy would have watched with sadistic pleasure. I wanted to tell him that there wasn't anything a man like him could ever do for me. Someone who thinks it's intelligent to destroy other people's livelihoods could never be of any real service to humanity. I wanted to grab his double chin, put my knee into that fat tire around his old waist, slam him against the windows and scream at the top of my lungs "FUCKYOUMOTHERFUCKERCOCKSUCKERPIECEOFSHITASSFUCKWADPISSBITCHASS!!!!!!!!!!! IF YOU COME NEAR ME OR MY FAMILY EVER AGAIN I WILL REIGN DOWN A SHITSTORM ON YOU!!!!!!!!!" Instead, I smiled pleasantly, looked him in the eye and said "Oh, and if there's anything I could ever do for you...."

Posted by Patrick O'Connor at 7:33 PM No comments:

Email ThisBlogThis!Share to TwitterShare to FacebookShare to Pinterest
Labels: TAKE THIS JOB AND SHOVE IT 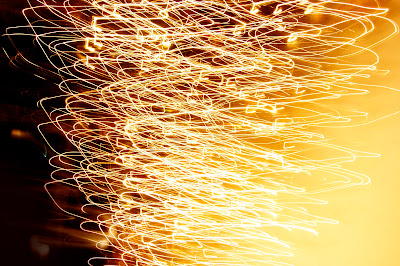 The holidays come and go like whir. Then a real storm hits.
Posted by Patrick O'Connor at 11:19 PM No comments: 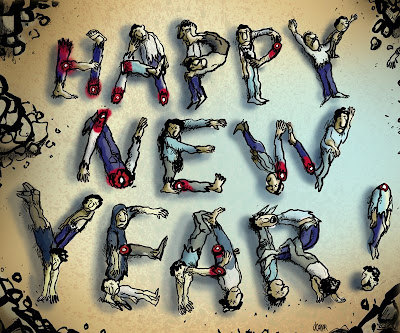 Posted by Patrick O'Connor at 1:42 PM No comments: