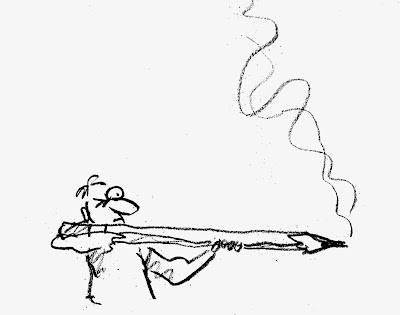 Officially, I'm retired from political cartooning. I admit to no longer following politics, voicing political opinions, reading, watching, listening or thinking about current events. I dropped out of the news cycle back in 2008, after Hope and Change took over.

That said, I'll occasionally peak back in to check out what's going on. I'm often amused to see that not much has really changed, and the same news events repeat themselves, over and over, just like they did during my 9 years of editorial cartooning.

Sometimes, I'd draw a cartoon sketch that would get killed by my editors. I'd throw it in the drawer and just wait six months for the news story to come back around again. Cartoons I drew many years ago could rerun today as if they were drawn yesterday.

I was shocked and disturbed by the massacre that took place on January 7th at the French satirical paper Charlie Hedbo . I feel saddened for those families and everyone affected by the horrific violence.

In the aftermath of that event, a wave images surged through the press and online of pencils; defiant pencils. 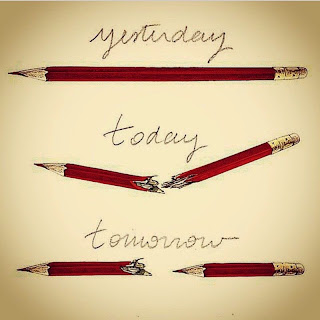 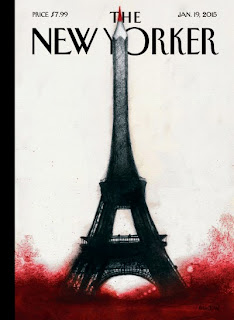 I didn't think much of it at first. But, my visual mental library kept gnawing at me, and I knew I had seen the pencil thing before.

I went digging through my own archive of cartoons and sketches, and found it. The drawing at the top of this post came from my one of my sketch books, I'm not really sure which one, because it's probably buried somewhere deep in my garage.

What could have been going on at that time in the world to prompt me draw something like this?

Here's a screen grab of the file from my desktop of when it was originally was created: 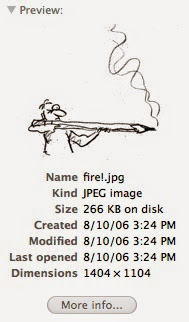 2006. Nearly nine years ago. I still haven't opened this file and I don't think I will.
Posted by Patrick O'Connor at 1:20 PM No comments: