Some recent cartoons from the Weekly. Enjoy. 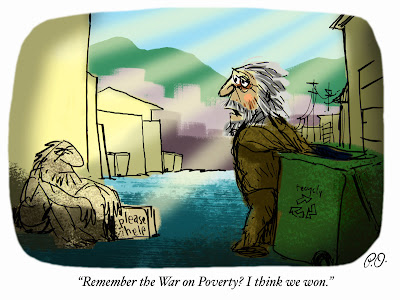 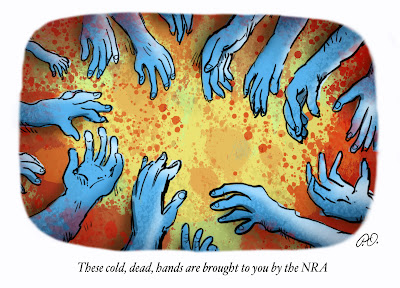 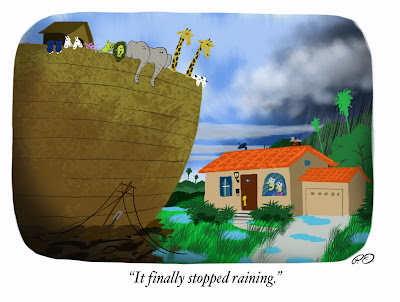 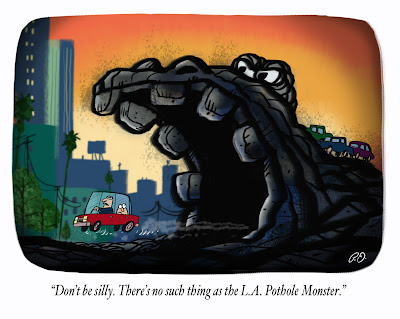 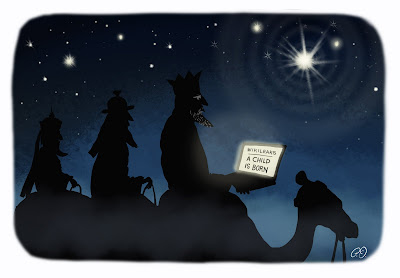 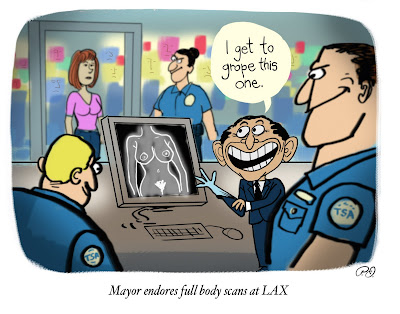 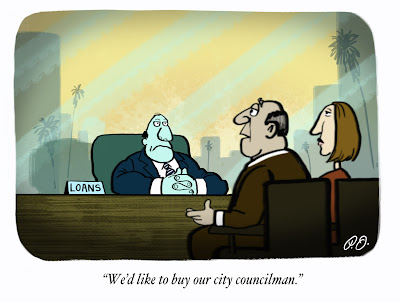 Posted by Patrick O'Connor at 9:35 AM No comments: 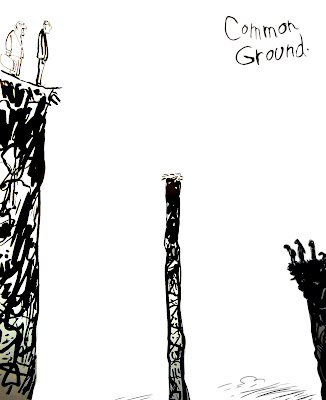 Have you ever been so far apart from someone on something that you couldn't agree on anything? Even the littlest thing? It could be an argument about religion, politics, or a film you didn't like. It could be a relationship between two people, groups, states or countries. Whatever the case may be, there is a chasm, a split, a break, two separate realities that don't see eye to eye.

This is a visual theme I've explored for a number of years in cartoons, drawings and sketchbooks. I like the idea of somehow getting to that bargaining table in the middle of the gap. 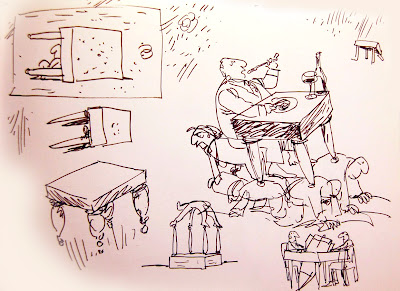 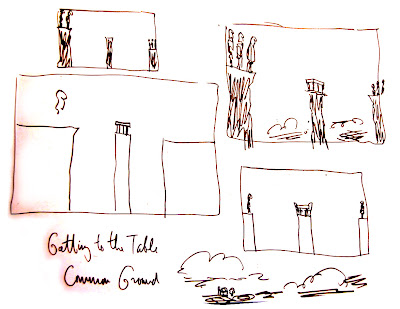 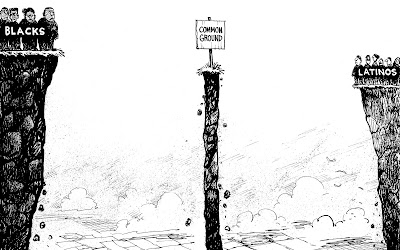 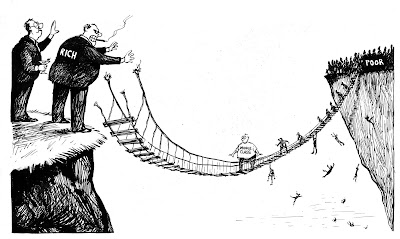 From time to time I get into printmaking. I like the way each step of the process builds an image. Here is print I pulled at Josephine Press in Santa Monica. 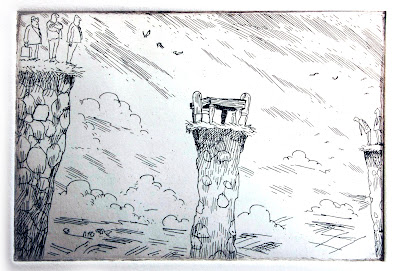 And here is the original zinc plate. 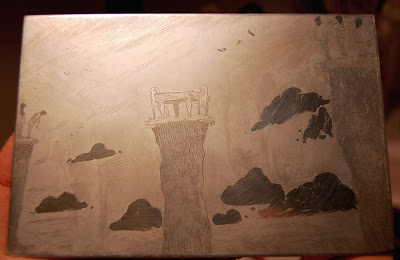 In the end, maybe we should agree to disagree.
Posted by Patrick O'Connor at 10:51 AM No comments: