Here's a compilation of my daughter Olivia's latest musings. She is a constant source of inspiration. 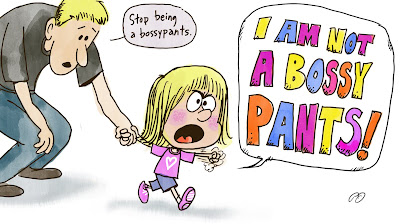 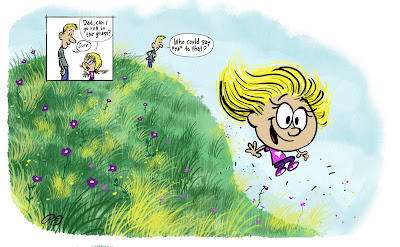 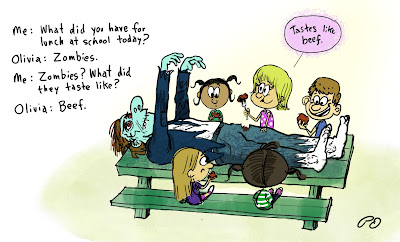 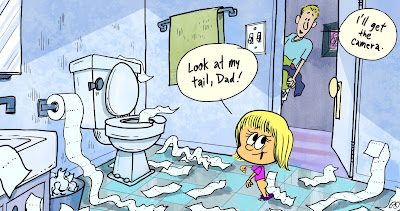 Posted by Patrick O'Connor at 3:58 PM No comments: 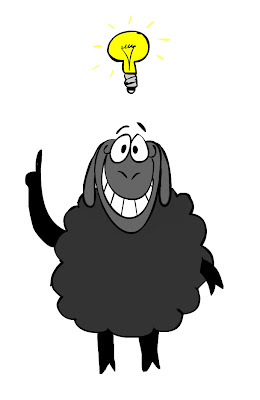 One day last year I was sitting in my daughter Olivia's room while she was playing. Having learned some new songs she would sing them at random times, and in her own way mess up the lyrics and sometimes the order of chorus/verses. As she would practice more and more she got much better--and it was so darn cute.

Which reminds me of a quote:

"Repetition is the Mother of Skill"

It's hard to get worse at something if you practice it enough. Drawing is certainly that way. The more you do it the better you get. The one exception I can think of is the game of golf. One can play that game for 40 years and never get any better. Most things, however, improve with time and doing.

I began recording Olivia with my iPhone when she would sing. The recordings are surprisingly good and I got this really great take of her singing Baa Baa Black Sheep. Then I had an idea to animate her and the Black Sheep as a character acting along with her.

Here are the thumbnail storyboard sketches I did for the initial idea: 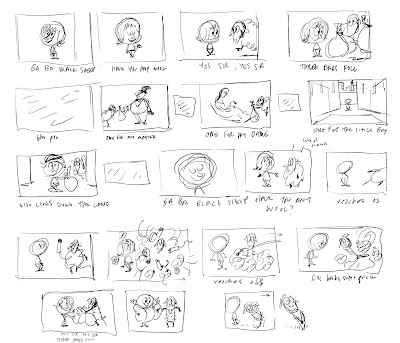 I took these thumbnails and built an animatic by putting the pictures with the audio. After roughing out the timing and then refining and more refining, I had something to animate. 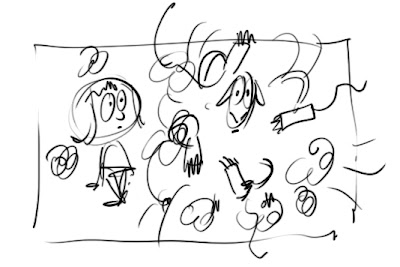 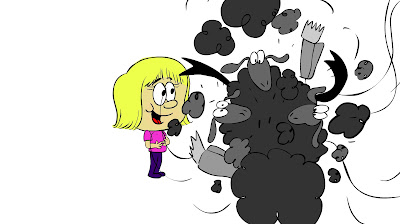 I love this type of animation. The drawing above is only two frames of the short. It's going by so fast you don't see it as one image, but as a flurry of images moving together. 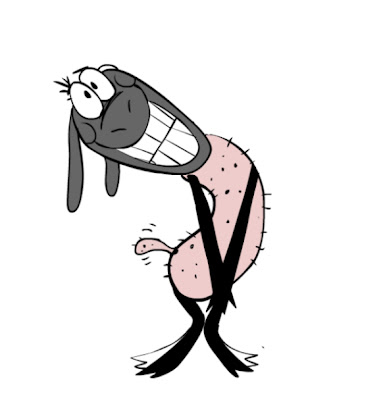 I'm excited and passionate about creating more character animation. It is my first love and the reason I wanted to be a cartoonist when I was growing up. And getting back to doing what you love is always a good idea.

Posted by Patrick O'Connor at 10:38 AM No comments: 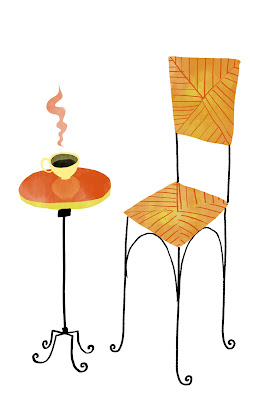