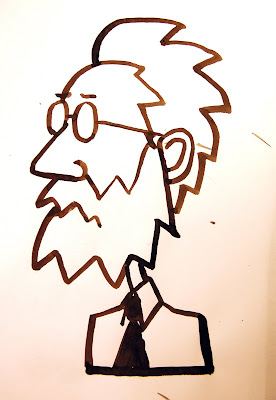 The first time I met Mike Tetrault I thought he might bite me. He kind of snarled at me a little and the look in his eye said "I'm gonna eat you, kid." I had just walked in the editorial department of the Los Angeles Daily News with some boxes of pens, paper and sketchbooks. I was just starting out and Mike had nearly 20 years under his belt as a reporter, editor, and letters editor.

Some may not be aware, but editing the letters at a newspaper is no simple task. The sheer volume of material is wide, deep and crazy. The viciousness of the readers and their reactionary tendencies would pour over Mike's desk. He read all of it. Most often, the reader was wailing at how stupid we were, the reporters, writers, editors and the cartoonist. He would correct spelling and grammar of these tirades, call the writer, verify they in fact wrote their letter, and inform them they would be published in the following days paper.

Another of Mike's duties was selecting, organizing and picking the editorial cartoons to run on the letters page and Op-Ed. He loved cartoons and we bonded after I realized he really didn't want eat me. He would stroll in my office, a big smirk on his face, cartoon in hand and say "Look at this!" I would sketch four or five rough editorial cartoons each day and Mike, who sat two feet outside my office, was always my first stop. I could tell instantly if I was communicating clearly by the expression on his face. 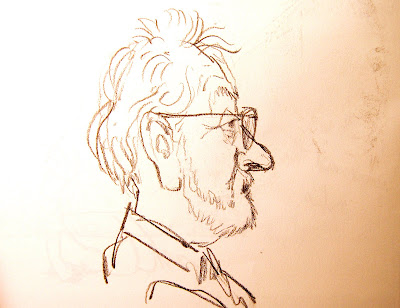 At the time I was a heavy smoker and so was Mike. We took frequent smoke breaks outside on the patio and would discuss the news of the day, politics, art, music, film, literature and history. Mike read more than anyone I have ever met or think I will meet. He would bring in books for me to read; Twain, Joyce, Thurber, Orwell, Vidal. Mike was always handing me a news story, opinion piece, New Yorker article or essay. We would talk about the theme's and deeper meanings of the stories. His memory was razor sharp and his opinions on every subject were deadly. 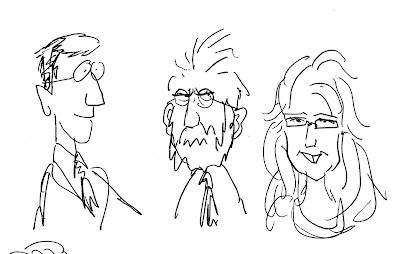 Mostly though, Mike was a fantastic story teller. The tales of his youth in Maine; military training and service as an Army Ranger in Vietnam; living in San Francisco after the war and playing slide guitar in rock band; working as a cowhand in Montana and a shepherd in Paso Robles; covering just about everything one could imagine as a journalist. Trips to the hospital turned into hilarious episodes of escaping outside to smoke cigarettes and battles with doctors and nurses. He went to every rock concert my generation wished they had gone to in the 60's and 70's. He once shot a moose as a boy in Maine and accidentally shot a tiger in the jungles of Cambodia. 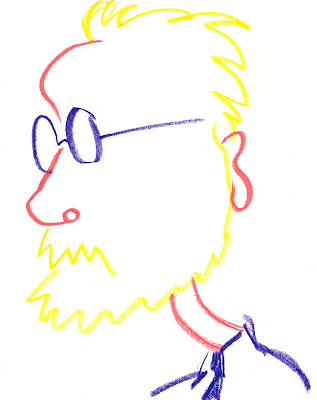 A little secret in our office was the guitar in the photo studio of the photo department. It was there for anyone to play. I would often go back to find Mike plunking away, double thumbing a song or flat picking. I too would take breaks and play guitar, just to learn something new or get a song out. Mike would stroll in, sit down, smile and listen. Then he started bringing his Gibson acoustic to work and that's when Mike started teaching me songs "knee to knee." He taught me counterpoint on the guitar, which means you play a bass line with your thumb and the melody line with the fingers. He taught me songs by Doc Watson, Merle Travis, Reverend Gary Davis, Robert Johnson, Skip James, Mississippi John Hurt, and old folk ballads that were passed down from generation to generation. Mike would burn CD's of great blues, jazz and folks records, bring them in a just give them to me. We would discuss the music, its history, its structure, its meaning. 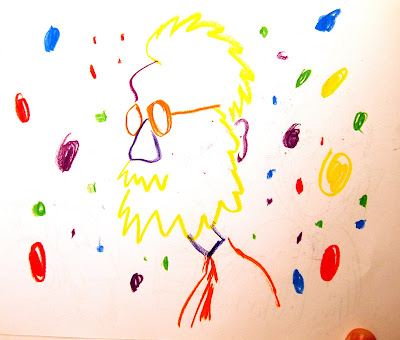 Mike and I sat in countless meetings with flacks, political hacks, wannabe power mongers, superintendents, mayors, governors, police chiefs and all manner of cronies you could imagine. He would emerge from these meetings groaning deeply about the state or our affairs. For me meetings were a time to shut off my thinking brain and draw people in the room. Half-listening I would caricature these folks in my sketchbooks, and that's when I began to fashion my image of Mike. 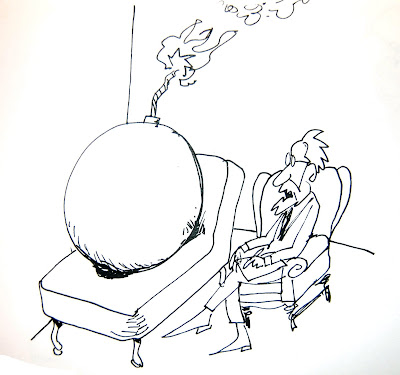 On one memorable occasion I looked over and caught Mike writing down every cliche that was coming out of mayor Antonio Villaraigosa's mouth. There were so many it filled an entire yellow legal pad page. 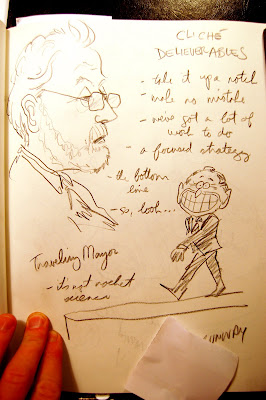 The demise of the newspaper business was hard on both of us. Mike was laid off after 25 years of service to the Daily News. I myself went several months later. We still kept in touch and he would come over to my house and to talk, play guitars and he would stand on my balcony and smoke (I quit some time ago). Mike beat cancer three times in his life and lived through more pain than I could ever imagine. The fourth time was one too many. He died Sunday night at home with his family by his side. He was 66.

Mike was a patient teacher, knowing mentor, gifted colleague, and most importantly, a dear friend. I will miss him. 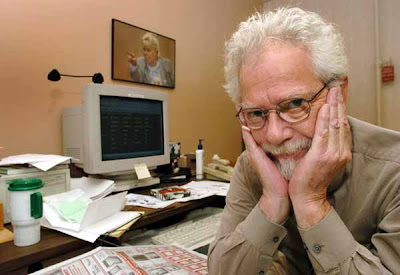